It has been nearly a year since I began this site and it has been quite an adventure discovering metal bands from all over the world. From South America and Eastern Europe to Africa, Asia, and everything in between, there are so many dedicated, talented, and deserving metal artists of all different styles. While every band I have posted over this past year is special in their own unique and heavy way, the twenty five groups listed below were the most impactful and significant to me. I hope you find some music that you love, support some well-deserving bands, and stick around for more Metal Has No Borders in 2020! 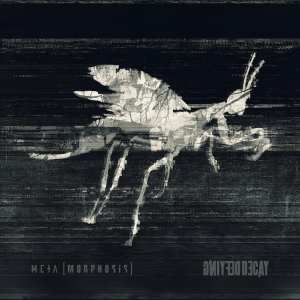 I caught this band while they were the opening act for one of the most diverse lineups of this year including Betraying the Martyrs, Entheos, Within Destruction, and Sentinels. Although this mixed subgenre show allowed each group to shine, Defying Decay certainly stood out with their high level of energy and aptitude for catchy choruses. As for Metamorphosis, the LP isn’t exactly a perfect debut album, yet there are clear commendable risks made with an early Linkin Park nostalgia holding together some experimental metalcore jams. I’m quite curious where this band will be years down the road.

Based in Thailand / Self-released / Listen to “Existence of Extinction” below:

These guys have been on my radar for quite awhile since my dive into the Indian metal scene and I was super stoked upon the announcement of this full-length studio album. Their folksy concept and straight-forward djent grooves make for a definitely enjoyable listen. While they sometimes wander onto hardcore or deathcore paths, this record stays very true to the djent formula and would be up the alley of any Vildhjarta or After the Burial fan. Expect to be mesmerized in the Meshuggah-like head-bobbing riffs and rhythms that Dymbur lays down on The Legend of Thraat.

Based in India / Self-released / Listen to “Diablo Illumination” below:

With a rather enthustiastic progressive metalcore identity, Faminehill not only had me inspired by this album, but equally curious how crazy their live shows are. All ten songs unveil the band’s ability to fuse beautifully melodic, clean vocal passages with sharp, punchy riffs. I could easily see them blending right in amongst the Warped Tour lineup squeezed between the likes of Dayseeker or Silent Planet. For your fix of infectious and banging sing-alongs, look no further.

Based in Hungary / Released via Famined Records / Listen to “Ascend” below:

At one point, instrumental metal bands were just a niche scene, yet nowadays there is quite a large community and artists dwelling in the realm of guitar shred driven music. With more progressive acts like Animals as Leaders, Plini, or Sithu Aye popping up, we’ve seen a shift away from the more neo-classical shredders of the past, however Spellcrying Machine show a happy center between both aforementioned waves of the style. Essence of Datum is capable of creating tracks that are both patiently dynamic alike modern prog while also using compositional techniques that we may have seen in the 80’s and 90’s.

Based in Belarus / Released via Season of Mist / Listen to “Pendulum” below:

Even though the intent of being a progressive musical act is to push the boundaries, it seems many bands with a prog label nowadays stick to the same formula. Skypunch however is true to the original connotation in that their mixture of metal, ambience, and electronica is innovative and fresh. Besides their successful genre fusion, this duo are quite impressive songwriters, piecing together earworm melodies that pair beside heavy riffs seamlessly.

Based in India / Self-released / Listen to “Psych” below:

I recall hearing Sepultura for the first time and being just bewildered by their visceral brutality, which also catered to their tribal “roots.” Upon initially listening to this Cemican record, I was teleported to that moment as it also carries an equal amount of intensity as Sepultura‘s  earlier years or even Soulfly‘s output as well. The Mexican folk instrumentation used for In Ohtli Teoyohtica in Miquiztli creates a startling, yet amazing contrast against their thrashy death metal.

Based in Mexico / Released via M-Theory Audio / Listen to “Guerreros de Cemican” below:

Ever since their explosion into the limelight with “Gimme Chocolate” or “Babymetal Death,” I’ve been enamored by Babymetal‘s quirky J-pop-meets-metal one-of-a-kind style. And just as the previously mentioned genre fusion is wildly creative, I find the project’s execution of various metal subgenres to be equally inspiring. On Metal Galaxy, we see Babymetal somehow expanding their stylistically palette even further. The most interesting aspect showcased is cultural diversity with themes of jazz, Indian, and Latin music thrown into the compositional process of stand-out songs “Elevator Girl,” “Shanti Shanti Shanti,” and “Night Night Burn” respectively.

Based in Japan / Released via Amuse Inc., Cooking Vinyl, earMusic, Toy’s Factory / Listen to “Pa Pa Ya” below:

Imagine the distorted howls of Lamb of God, thrash extremity by Slayer, and tight grooves and production from Meshuggah all combined into one cohesive album. The immaculate result would be this heckin’ heavy album. Live Unholy revived my notion of thrash metal considering most modern bands of the genre come off as dated and one-dimensional, but Shredhead keeps it exciting all the way through the album.

Based in Israel / Released via Legend Recordings / Listen to “Overshadows” below:

This project is pretty self-explanatory. Most metal is guitar and vocals driven, but Rishabh Seen threw those out the window in exchange for an instrument he was more familiar with. Sure, there are moments that are a little twangy and difficult for my brain to wrap around as a guitar may have been able to execute the riff in a more stable fashion. Nonetheless, Sitar Metal is groundbreaking. These six songs absolutely further the genre of metal and is part of the reason this site was created. I honestly want to hear more from this act as soon as possible and am thrilled on how this cuts down boundaries between the Western and Eastern world, tearing the floodgates open for more musical exploration and experimentation.

Based in India / Self-released / Listen to “When Time Stands Still” below:

Alternative/progressive metalcore act Walkways truly caught me off guard and constantly kept dragging me back to listen to the infectious tracks off their latest LP. Catchy singles like “Despair (For Heaven’s Sake)” and “Half the Man I Am” fill the charming chorus-laden metalcore void that Bring Me the Horizon left behind since they recently went pop. As you continue through Bleed Out, Heal Out more layers of this monstrous project are unveiled with influences coming from djenty technicality of Periphery and atmospheric elements alike Textures. I will say that this record isn’t exactly captivating from front-to-end, however a large majority of these tracks are meritable enough to deserve high praise and an inclusion on this list. In addition, I foresee this as just the beginning of a successful future in the modern core scene.

Based in Israel / Released via Nuclear Blast / Listen to “Bleed Out, Heal Out” below:

The Rising is such a rare gem release with such a shocking abundance of variety, from the metal-pop-punk fusion in “Splinters” to 90’s prog Porcupine Tree-like nostalgia shown via “Another.” Materia also prove their heavy side with “Rosa Alba” and “Rising” in the vein of both Meshuggah and Make Them Suffer. Alternatively, “Shadows” and “Set It Off” have a provocative melodic and lyrical impact that should be viewed as no less than enthralling.  All in all, progressive metallers Materia are a fresh and an utterly remarkable act that should be on everyone’s radar.

Based in Poland / Self-released / Listen to “Rosa Alba” below: 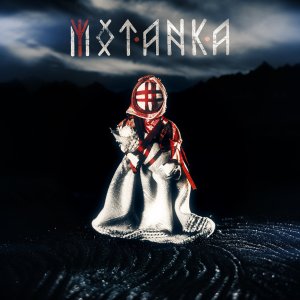 As shown through the creation of this site, I am a huge advocate for the fusion of metal with other country’s ethnic folk styles and Motanka‘s self-titled debut record executes such a unique identity with perfection. Their metal foundation containing prog, sludge, and groove was alluring enough, but once they added the stylistic twist of hammered dulcimer, folk percussion, and soaring melismatic vocals, they reached untouchable heights.

Based in Ukraine / Released via Napalm Records / Listen to “Oy ty moya Zemle” below: 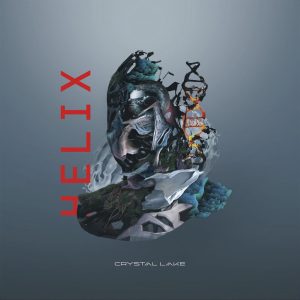 These guys seriously blew up this year and they absolutely deserve all the hype they’ve garnered. Helix is a robust display of this band’s unification of nu metal, djent, and post-hardcore with their metalcore center. And granted, I’m not fully sold on their clean vocal, melodic sections, but Crystal Lake‘s bold experimentation and understanding of mature song structure already places them on par with other large names in the scene like Northlane or Erra.

Based in Japan / Released via Sharptone Records / Listen to “Aeon” below:

Alike Motanka, Myrath‘s strengths lay heavily in their ethnic fusion. Their layering of chanted vocals, lush string orchestration, and grandiose production teleports you to their fantastical world. I found many similarities to Orphaned Land‘s Unsung Prophets and Dead Messiahs within Shehili, however Myrath is still very much so capable of maintaining a unique style shown by their biting vocal hooks and gut-punching riffs. The compositional expertise displayed throughout this record had my attention grabbed the whole time.

Based in Tunisia / Released via earMusic / Full Review / Listen to “No Holding Back” below:

Modern prog rock/metal can be a hit or miss with all the experimental elements and unconventionality at play. On Descender though, Avandra hits a clear homerun with every musical characteristic meshing together in such beautiful unison. There is melodic mastery at play in vocalist Christian Ayala’s deliveries allowing for the most uplifting and emotionally moving crescendos. On top of that, the guitar and piano work resembles that of Porcupine Tree and Dream Theater in an equally nostalgic and virtuosic fashion. Every single note in this LP serves a purpose, lulling you down into the melancholic depths before boosting you to the astounding heights in an overall mesmerizing journey. Clearly this album is far from being one of the heaviest releases of the year, but Avandra proves that a unique and clever approach to songwriting, phrasing, and atmosphere can be far more stunning and significant.

Based in Puerto Rico / Released via Blood Music / Full Review / Listen to “Derelict Minds” below:

5. Reptilium – Conspiranoic (killer display of truly evil death metal with some serious technical prowess worthy of being flaunted too)

4. Abyss Above – Doombound (this group’s mesh of black metal and deathcore is undoubtedly slamming and memorable)

Based in Slovakia / Self-released / Listen to “Flesh Exposed”

3. Landless – Moonflower (their post-hardcore and melodic math rock quirks and hooks bring commonalities to Dance Gavin Dance, but overall prove to be distinct on their own)

Based in Slovakia / Released via Famined Records / Listen to “Blooming Mind”

2. Treehouse Burning – Suffering (harnessing the electronicore energy of older Enter Shikari and the zaniness of Sikth, this EP is a far more engaging metalcore execution)

Based in South Africa / Self-released / Listen to “Krasitam”

1. Jinjer – Micro (not to infer that this progcore act’s Macro LP which just recently came out was a complete disappointment, but this EP was far superior and consistently enjoyable with catchy djent tunes on full display)

Based in Ukraine / Released via Napalm Records / Listen to “Ape”

Based in China / Released via Famined Records / Listen to “Everlast”

From Void to Abyss – The Forgotten Ones (full of really solid proggy metalcore bangers, I could see this band easily opening for Born of Osiris)

Based in Czech Republic / Self-released / Listen to “Alice”

Based in Russia / Self-released / Listen to “Pandemic”